People come and go, move and travel places, live and die. Human being can’t be in one place. We are mobile beings. Some architectural structures in every country become sites of representation of the country’s culture, history, and beauty. While we all represent our countries, we will not live forever. That is why we must cherish the heritage sites of our countries. India is a country that needs no introduction to a variety of cultures, religions, and people it resides. The heritage tours in India are soulful as the heritages in India speak the language of its diversity. There are many languages in India and hence to contain all of them is an art form that Indian heritages must be appreciated.

Heritage in Hindi is ‘Virasat’ and these heritage sites in India are sure the Virasat of the country’s ancestors. India was once called the golden bird. The country has also seen British Raj. India has once had it then lost it, and then the people in the country fought for it and got it back. We assure you that the heritages in India which we will be talking about speak about everything which the country has gone through.

Here is a list of the best heritage tours in India which you must take when you visit the country:

A Trip to Agra

Agra is home to many heritage sites in India. Situated on the banks of Yamuna River, Agra was once also the capital city. It remained the capital city during the reigns of Akbar, Jehangir, Shah Jahan, and Aurangzeb. The city of the Mughals also lost its glory with the decline of the Mughal Empire and the entry of capitalism in India. However, Agra remains the city for the tourists in India. It contains the heritage sites which speak of the palatial past of the country.

The first heritage site in Agra needs no introduction. Taj Mahal is one of the 7 Wonders of the World. This beautiful white marbled structure is also the symbol of love as it was made by a king for his queen. Mughal Emperor Shah Jahan built this beauty for his wife Mumtaz. Taj Mahal now stands as a beautiful representation of the past and hence has also been recognized by UNESCO as the World Heritage site. Spread across 42 acres, the Taj Mahal was constructed in 17 years. The majestic architecture, the fountains, the gardens, and of course its history, makes Taj Mahal one of the best heritage sites in India. It is a popular tourist destination in India throughout the year. 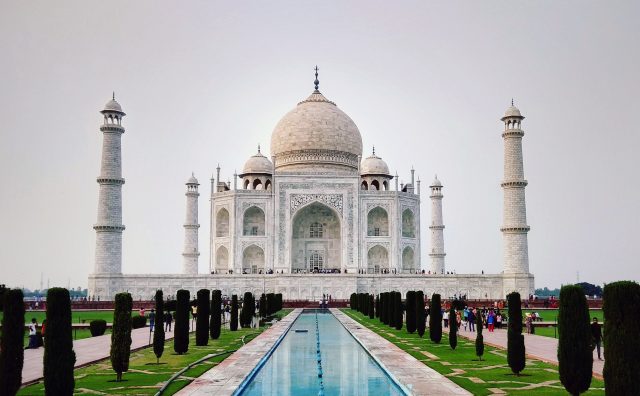 Agra Fort is situated 2.5km North West of the Taj Mahal. It is also known as the Red fort of Agra as it was constructed using the red sandstone by the banks of Yamuna River. Agra Fort is a UNESCO World Heritage site. This fort was once the residence of the Mughals.

Rajasthan, as the name suggests, is a state of royalty. The people of Rajasthan yet live like the kings and the queens. It is believed that the royals lost their lives for the motherland. Rajasthan is home to many beautiful forts and palaces and many of them are recognized as UNESCO World Heritages.

Jaipur is the capital city of Rajasthan and is also known as the Pink City. The city was founded by Maharaja Jai Singh II, the rule of Amer. The city has some of the most beautiful heritages in India including the Sheesh Mahal, Amber Fort, Jal Mahal, and the Najafgarh Fort. 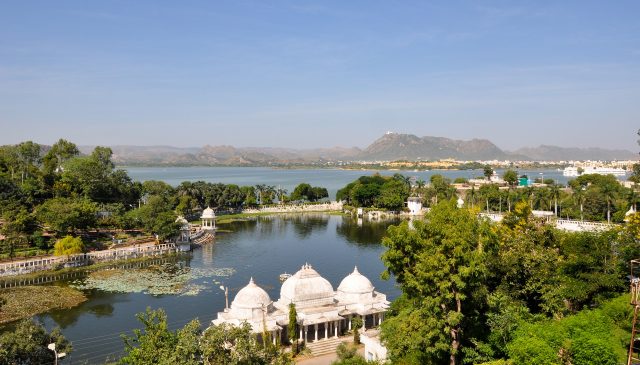 Udaipur, the City of Lakes or the Venice of the East, is a historical city. The city homes the royal Udaipur City Palace, the Lake Palace, the Monsoon Palace, Bagore ki Haveli, and Haldighati.

Rajasthan has the air of the royals. From Jodhpur, Jaisalmer, Bikaner, Chittorgarh, to Ajmer, Alwar and Mount Abu, Rajasthan owns some of the majestic cities in India. The state of the Rajas or the kings is home to some of the best heritage tours in India.

Also known as “Nawabo ka Shehar,” (The city of Nawabs) Lucknow is a cultural hotspot of India. The breathtaking monuments, the finger-licking food, and the present-day chaos are the things that make it one of the most popular tourist destinations in India.

Rumi Darwaza or sometimes referred to as the Turkish Gate is an architectural wonder built by Nawab Asaf-Ud-Daula. He was the 4th Nawab of Lucknow. This heritage site in India looks mystic at midnight when the city’s chaos comes to an end. 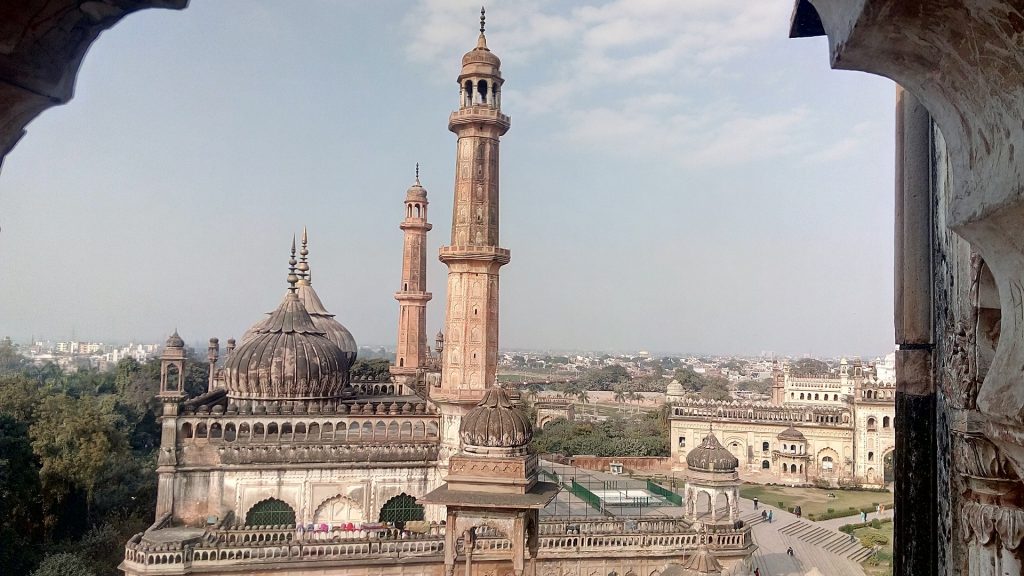 Alongside the Rumi Darwaza, another iconic heritage site of India is the Bara Imambada. This huge structure contains so many sneaking passages that the visitors are recommended to visit the place with guides. Besides Bara Imambada, there is another heritage site which you must visit when visiting Lucknow. The Chhota Imambada, also known as the Palace of Lights, does also look like one during festivals when it is illuminated with lights. Here, you can see the life-size portraits of the Nawabs of Awadh.

Lucknow has so many charming heritage sites for the tourists and the city serves the best Nawabi food. The Chattar Manzil, The Residency, Safed Baradari are also amongst the best heritage sites in Lucknow.

The Undying Charm of the Capital City

Delhi, the capital city, is an all in one tourist destination. Whether you are looking for the best food in India or want to see the most iconic malls in India, Delhi is the place to go. Moreover, the city also resides some of the best heritage sites in India. If you are on a heritage tour in India then we recommend not missing the beautiful Virasat which resides in the capital city.

Qutub Minar is a nearly 1000 years old tall structure built using the red sandstone. Qutub Minar is a UNESCO World Heritage Site. Also known as the victory tower, this 73-meters tall structure was built by Qutab-Ud-din Aibak. Quwwat-ul-Islam, the first Mosque of India, resides at the foot of the tower. When visiting Delhi, this heritage site is one that you must not miss.

The Red Fort or Lal Quila is another tremendously beautiful structure built by the Mughal Emperor Shah Jahan. This fort is a work of art that depicts Persian, Indian and European art. When India got independence, Pandit Jawahar Lal Nehru, the first Prime Minister of India, gave the freedom speech at the Red Fort. The National Flag is hoisted at the Red Fort every Independence Day. Every evening, a sound and light show is organized there which attracts the attention of the tourists. It is also one of the most iconic tourist places in India.

Talking of Quilas, Purana Quila or the Old Fort is the oldest fort in Delhi. The fort has three entry gates namely the Bada Darwaza (Big door), the Talaqi Darwaza (Forbidden Door), and Humayun Darwaza (Humayun’s Door). This fort also has a sound and light show which happens every evening.

Humayun’s Tomb was built after the death of the Mughal emperor Humayun by his senior wife Bega Begum. The architecture of the structure looks similar to the Taj Mahal. The garden squares, the water channels, and of course the place itself makes it one of the most beautiful heritage sites in Delhi.

The Grandeur of the Marathas in Maharashtra

The Ajanta and Ellora Caves are the rock-cut caves that contain the finest of ancient Indian paintings and sculptures. It is one of the most popular heritage sites in Maharashtra. The best time to visit this place is during the monsoons to beat the heat and enjoy the monsoons of Mumbai. 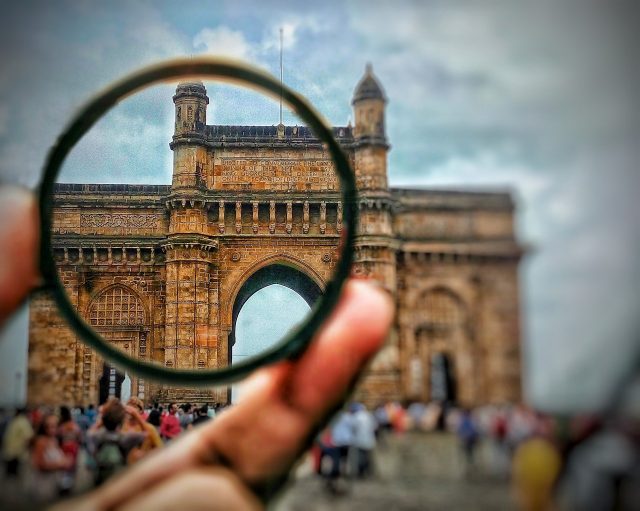 The Elephanta Caves in Mumbai is a UNESCO World Heritage Site. It is situated at a distance of 11km from Mumbai. It has the ruins of artwork from the past. To visit Elephanta Caves, take a ferry from the Gateway of India and enjoy the most of your trip to one of the best heritages in India.

The Aga Khan Palace in Pune is another place of historic relevance in Maharashtra. In 1892, this palace was built by Sultan Muhammad Shah Aga Khan III. Spread over 19 acres, this palace is known for its archaeological beauty.

Being once the home of Bajirao and Kashi, Shanivar Wada in Pune is, of course, popular amongst the tourists. This fort was built by Bajirao I as the residence of the Peshwas. The palace is majestic with larger than life statue of Bajirao I at the entrance and other amazing spots.

Maharashtra sure is a state with a large number of forts and palaces. From Karnala Fort in Panvel, Panhala Fort in Kolhapur, Korlai Fort in Kashid, Sindhudurg Fort in Malvan to Bibi-ka-Maqbara in Aurangabad and Tikona Fort in Lonavla, there are many historical forts in Maharashtra.

Kerala, also known as God’s own country, reflects its rich past in the heritage sites, food, culture, and art. Kerala is not only famous for its beautiful beaches and scenic beauty but also known for the age-old monuments it homes. So, the next time you plan your visit to Kerala, besides visiting the beaches visit these iconic heritage sites in Kerala. 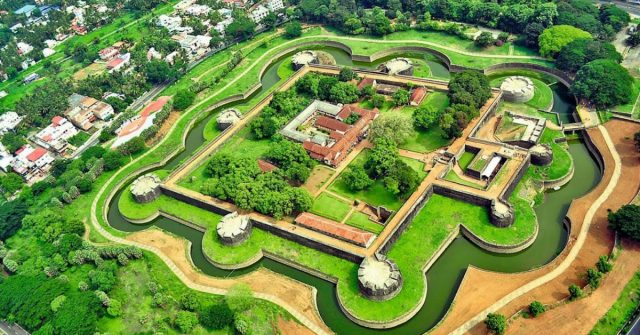 Krishnapuram Palace was once home to the Maharaja of Travancore. It is a beautiful place where you can appreciate art and also click a lot of Instagram pictures. This heritage site in Kerala has an archaeological museum with amazing masterpieces from the past.

Archuthengu Fort is the first structure built by the East India Company in Kerala. Along with its beautiful architecture, you can also explore the scenic beauty of the Archuthengu beach.

The Western Ghats, also known as Sahyadri, are the famous mountain ranges in Kerala. It is a UNESCO World Heritage Site. You can find a large number of wildlife sanctuaries, national parks, trekking spots, and reserves.

Bekal Fort, Marayoor, Edakkal Caves, and Dutch Palace are also amongst the notable heritage sites in Kerala. God’s own country owns some wonders which you won’t want to miss while visiting there.

Here are the best heritage tours which you must take in India. However, there are many more amazing heritage sites in India, the ones we covered are the ones you must not miss during your trip to India.

After Heritage India, we take you to India’s first Planned city. You guessed it right, Chandigarh it is. This beautiful city was “Designed for People”, by famous architect Le Corbusier. Like you must not miss the heritage sites, we mentioned above, there are some must visit places while you are in Chandigarh. 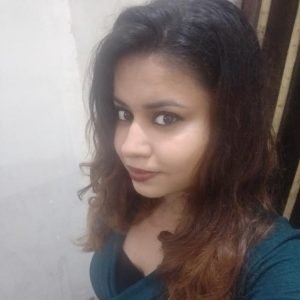 Anjali Kochhar: She is pursuing her Masters in Journalism and is the head of content at Godofsmallthing. She is an avid reader, and a poet too